← back to
Les Disques Bongo Joe
Get fresh music recommendations delivered to your inbox every Friday. 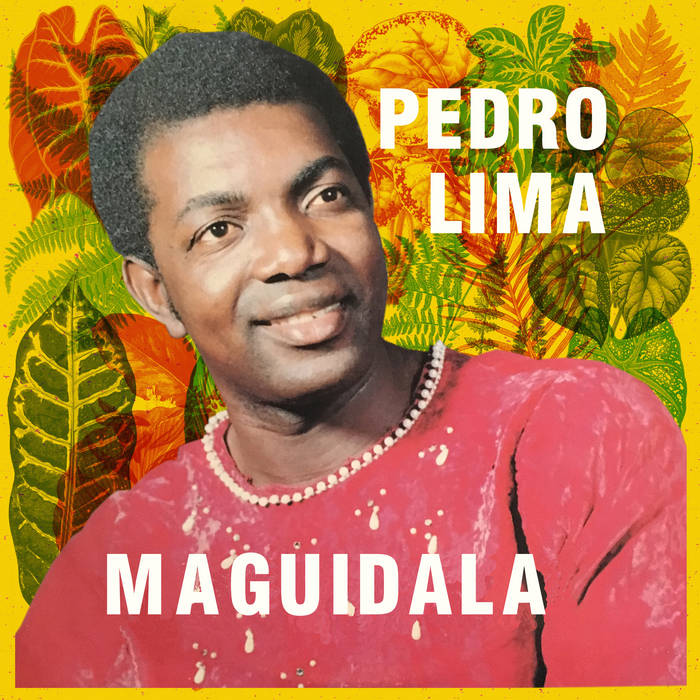 The Soulvendor Finally I can stop crying and watching the cover on Discogs. Thank you so much for this re-release!!

Pedro Lima was certainly the most iconic singer from Sao Tomé island. Born in 1944, his career began at teenage, with his faithful band Os Leonenses, who were mostly members of his family and shared most of his musical life; and lasted until his death last year on January 31st 2019. Until the very end, he kept performing big events all around the country, and was among the very few singers and bands from Sao Tomé & Principe that recorded in Luanda Angola for N'Gola and Merengue labels in the 70's, and in Lisbon for the essential IEFE imprint in the 80's.

Respected father of 27 children from 4 different wives, people named him "A voz do povo de Sao Tomé", the people's voice of the island, as he always made very clear his political views on internal affairs, and backed since day one the revolutionary party that took power after the independence obtained from Portugal on July 12th 1975. A powerful and free soul, expressing through his beautifully soft and deep voice range, the concerns of the poor, in this often troubled country.
His funerals were the biggest ever organized on the island, and were paid for by ex-president Pinto da Costa, gathering thousands to accompany him to his last home.

His music is wonderfully rich and delicate, though quite minimalistic in arrangements, revealing the subtle melodies of the islands' harmonic and backing vocals traditions, laid on either incredibly energetic Puxa rhythms, or the sweetness of sensual Rumbas.
We already made finally available the amazing "N'ga ba compensadora" song, from his cassette only album recorded in 1986, on our Léve Léve Vol. 1 compilation released on January 31st 2020, as a tribute to the first year after his passing.

On Maguidala which was recorded in 1985, during his really best period, you will hear the same team of killer musicians that had been playing together for already 20 years by that time. The magnificent ear of his faithful solo guitarist Leopoldino Silva provides heavenly improvisations, embellishing backing vocals and solid Soukouss inspired phrases of 2nd guitarist Pety-Zorro, while the rest of the team delivers intricate rhythms and delightful choirs. Beautifully balanced between two crazy dancing Puxas, and two delicate Rumbas to sooth your soul, all of nearly 10 minutes each; the Maguidala LP is a true masterpiece, so hard to find and reaching crazy figures nowadays for a decent copy.

Pedro Lima was certainly the most iconic singer from Sao Tomé island. Born in 1944, his career began at teenage, with his faithful band Os Leonenses, who were mostly members of his family and shared most of his musical life; and lasted until his death last year on January 31st 2019. ... more

Bandcamp Daily  your guide to the world of Bandcamp

Little Brother joins the show to discuss their beautiful journey, plus tunes from Fat Tony